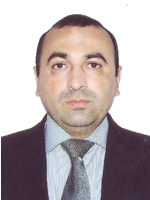 He was born in 1973 in Khirkhatala village of Gabala region in an intelligent family.

He graduated from secondary school in 1991 with excellent marks.

In 1991 he entered Azerbaijan State University of Economics.

In 1997 he graduated from Azerbaijan state University of Economics in Labor Economics with honors.

In May 1998, he was hired as a chief laboratory assistant at the department of Labor Economics and Sociology. At the same time he started his scientific work as a student for a degree. Since 2001, he has been provided with hourly teaching load by the department.

In 2007 he defended his  candidate thesis and was awarded PhD in  Economics.

Since September 2008 he has been working as a lecturer at the department of Economics and Organization of Labor.

On November 20, 2009 he was elected as a lecturer at the department of   Economics and Organization of Labor.

Since February 2013 – he has been a senior lecturer of the  department of “Economics and Organization .of Labor”.  In 2019 he was transferred to the department of “Management”.

He has published more than 20 scientific articles and   has prepared a large section of the book “Staff Management”, programs for various subjects, methodical instructions, and electronic versions of lecture texts on “Human Resource Management”.

He is the author of 25 scientific works, the author and editor of the book “Ergonomics”. He has participated in about 10 international and national scientific conferences as a speaker and representative.

An article titled “Network economics and e-commerce problems and development perspectives in Azerbaijan” of his   is published in the Italian journal Ponte, in a Thomson Reuters database. 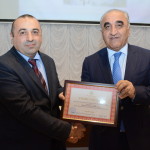 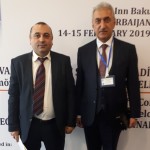 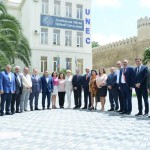 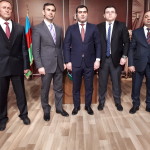 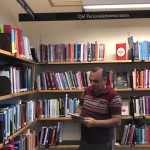 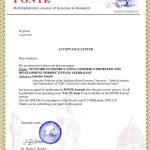