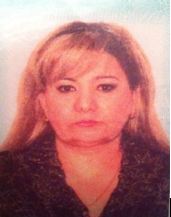 She graduated from ASUE in 1982. Shukurova served as a Deputy Chief Accountant at the Institute of the National Economy of the Republic of Azerbaijan under the Cabinet of Ministerswithin 1988-2002.

She began her activity at ASUE as a laboratory assistant of the Department “Organization of Business” in 2001; she is a teaching staff since 2002.

Shukurova defended her Candidate’s paper on “Problems of Formation and Development of Business Infrastructure and became a Candidate in Economy. She became an author of the third part of a textbook “Basis of Business” in 2005 and the author of the 18th part in 2010.

She is the author of 25 scientific works, as well as 25 articles and theses, 7 syllabuses, 5 translations of books and 2 textbooks.

She is married, has got a child.