She graduated with honors from the Institute of the National Economy of Azerbaijan named after D.Bunyadzade with the specialty planning industry in 1985.

S.Abbasova supported her dissertation on “Formation of Entrepreneurship during the Transition Period and Emergence of New Social Environment” in 2001.

S.Abbasova is married, has got two children. 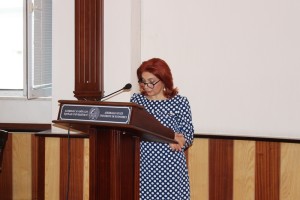