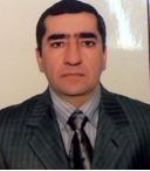 In 1979, he graduated from the faculty of “Planning of National Economy” of  Azerbaijan National Economy Institute   named after D.Bunyadzadekh  with honors on labor economics.

In 1979-1982 he worked as an engineer at the Tatneft and KAMAZ production association of the Russian Federation and served in the Soviet Army.

On October 1982 – August 1983 he worked as a workshop master at Baku air-conditioner production association in Baku.

On September 1983, he entered full-time course of postgraduate study of Azerbaijan National Economy Institute named after D.Bunyatzadekh (now UNEC) and graduated in July.

On November 27, 1987 he defended her PhD thesis on “Improvement of value indicators of measurement and evaluation of individual labor productivity” (based on the materials of the electrical engineering industry and petrochemical enterprises of Azerbaijan SSR) and received the academic degree of candidate of economic sciences.

In 1986-1990 he worked as senior and leading scientific worker at the department of Labor Efficiency at the Azerbaijan branch of Labor Scientific-research institute of USSR State Labor Committee.

From September 1991 to August 1998 he worked as a senior lecturer at the department of “Economics and Organization of Labor” at the Azerbaijan State University of Economics.

In 1996-1998, he graduated from Amsterdam University MBA and received a Business Administration Certificate.

From November 1999 to May 2005 he worked as a senior lecturer at the department of “Economics and Organization of Labor” at UNEC.

On December 2009, he was appointed to the post of a scientific worker of Social Development Problems  of Scientific Research İnstitute of Economic İnvestigation at Azerbaijan State University of Economics with 0,5 vacancies.

He passed the competition on March 1, 2011 and was appointed as an associate professor of “Economics and organization of labor”.

Currently he is an associate professor of the department of “Economics and Management” at UNEC.

He is the author of 1 textbook, 62 articles and thesis, 2 monographs. 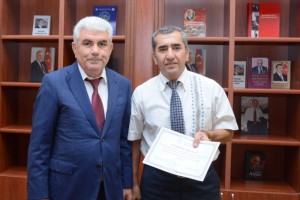 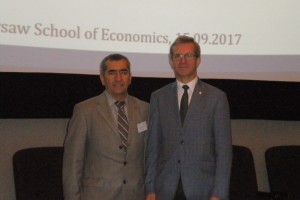