In 1985 he finished secondary school in Baku.

In 1980-1984 he studied at Azerbaijan Institute of National Economy named after D.Bunyadzadekh  (now Azerbaijan State University of Economics) and graduated with honors in Finance and Credit.

In 1984-1988 he worked as an economist, a small scientific worker at the Scientific-Research Institute of Economics at the State Planning Committee of the AzSSR.

In 1988-1992, he graduated from Moscow Financial Institute (Financial Academy under the Government of the Russian Federation) on full-time course of post- graduate study and got academic degree of candidate of economics.

In 1993-2001 he worked as a senior lector, assistant professor at Azerbaijan University and a dean of the faculty of Economics and Management.

On September 2001 he worked at the Tax and Taxation Department of the Azerbaijan State  University of  Economics.

Since 2007 he is the head of the Training and Methodology Department of the Tax Ministry’s Training Center.

Currently he is an assistant professor of the department of Economics and Management at UNEC.

He is the author of 3 textbooks, 1 course book, 5 methodical aids, more than 50 articles, up to 15 educational programs and co-author of 1 monograph.

He has made a speech  at several international and republican scientific-practical conferences. 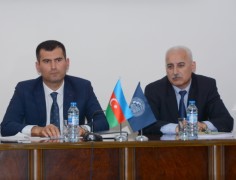 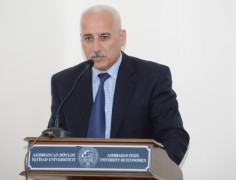