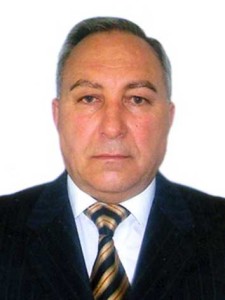 Can.of Econ., Assist.Prof. Veliyev Habib Mammad was born on May 1 1948 in Deste province of Ordubad region of Nakhchivan Autonomous Republic.

He graduated from the School of Finance of Institute of National Economy of Azerbaijan named after D.Bunyadzade (current Azerbaijan State University of Economics) in 1971.

He entered the post-graduation under the department of “Political Economy” of the Azerbaijan Institute of National Economy in 1971.

In 1985 he defended his Candidate’s paper and became a Candidate of Economic Sciences.

He started the professional activity in the department of “Political Economy” of Azerbaijan Institute of National Economy (current Department of “Economic Theory-2” of the Azerbaijan State University of Economics) as a teacher, senior teacher since 1976, became a Deputy Dean of the School of Finance-2.

He is an Associated Professor of UNEC Department of “Theoretical and Practical Economy”.

At present he is a Deputy Dean of the Distance, Part-time and Secondary Education Center.

He is the author of about 40 scientific and methodological works, at the same time took part in the preparation of the textbooks “Economic theory” and “History of Economic Trainings”.

He is married, has got two children and three grandchildren. 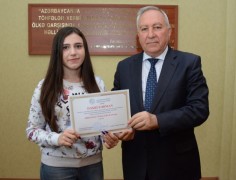