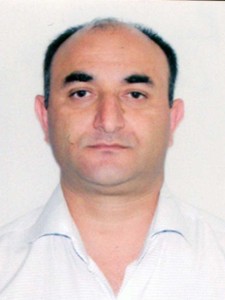 He graduated from secondary   school in 1988.

In 1988-1993 he studied at Saint-Petersburg Financial-Economic University.

In 1993-2003 he worked in various enterprises and companies on his specialty.

From May 2003 he has been a candidate for a degree at the department of Statistics of   Azerbaijan State University of Economics.

Since 2017   he is the assistant professor of the department of “Economics” (in Russian).

On October 6, 2017, he was awarded the UNEC Honorary Decree for long-term scientific and pedagogical activity.

During the scientific-pedagogical activity he   published articles, textbooks and program in the volume of 15,4 p.p.