Bachelor’s degree: “Financial and Credit” faculty of Finance University under the Government of Russia (2004-2009). Diploma work: “The Role of Foreign Investments in the Economy of Developing Countries” . Scientific supervisor: Dr. of Econ.Scien ., prof. Sharkova А.В.

Dissertation: “Features of the Azerbaijani economy at the modern stage” , Scientific supervisor: prof. Khasbulatov R.I. Candidate of Economic Sciences of the Russian Federation. In February 2014, a doctorate diploma was nostrificated by the Order No. 5 of the AHAC.

Labor activity: From 2013 to 2017 he is a lecturer at the Department of International Economic Relations of   Azerbaijan State   University of Economics.

Since 2017 he has been the teacher of the department of “Economics” (Russian) of UNEC.

He   has participated in scientific and practical conferences in Azerbaijan and abroad.

He is the author of more than 15 scientific works. 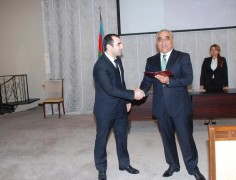 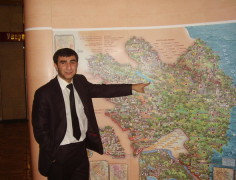