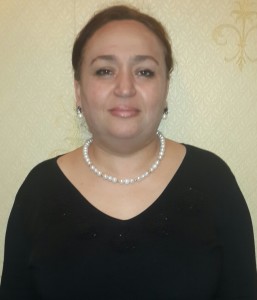 In 1987-1992 she studied at the chemistry faculty of Baku State University.

In 2001, she defended her dissertation work and received a Ph.D. in chemical sciences.

Since 2001, she has worked as a teacher, senior lecturer, associate professor at Azerbaijan State   University   of Economics.

Currently   she is Associate Professor of the Department of Physics and Chemistry at UNEC.

She is married and has 2 children.