A Scientific Workshop held in the School of Economics

A scientific seminar was held in the faculty of Economics of UNEC on April 13. The workshop was arranged in connection with UNEC’s actions plan in connection of the declaration of 2017 the “Islamic Solidarity Year in the Republic of Azerbaijan in 2017.

Emphasizing the declaration of 2017 as the year of “Islamic Solidarity Year”, the Faculty Dean, Associate Professor Asiman Guliyev noted it to be a significant step that meet the requirements of the time and that it would be successful for our country and entire the Islamic world in terms of promotion of Islamic culture and traditions, delivering the Islam to the world community and prevention of islamophobia.

A senior teacher of the Department “Humanitarian Subjects”, PhD in Philosophy Leyla Nazirzade made a speech on “Islamic Culture and Intercivilizational Cooperation”. Expanded information about the formation of Islamic culture and civilization, its place in history and the contributions made to this culture by Azerbaijani people.

The seminar went on with the Deputy Dean, Associate Professor M.Aliyev’s, Head of the Department of “international Relations, Associate Professor R. Gurbanov’s, senior teacher A. Seyidova’s and students’ questions on the topic. A video about the Declaration of 2017 the “Islamic Solidarity Day” was demonstrated in the end. 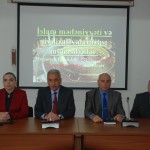 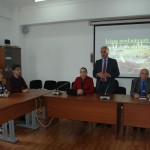 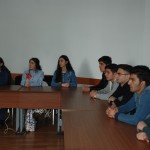 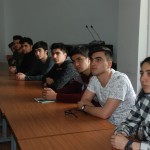 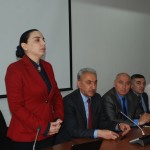 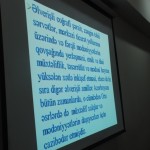