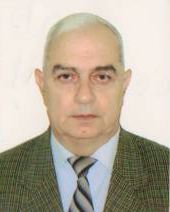 In 1973 she worked as an engineer at the Cybernetics Institute of ANAS and as a scietific worker  in 1974 – at the Institute of Petrochemical Processes, and in 1986 – in the Inorganic and Physico-chemical  institute.

Since 1989 she has been a candidate for a degree of this institute, and in 1994 she defended her dissertation and received an academic   degree of candidate of chemical sciences.