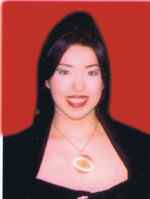 Kashiyeva Flora Shamil kizi graduated from the School of Finance-credit of the Azerbaijan State Institute (University) of Economics in 1994.

In 1995 she began her activity at the University as a teacher.
She was selected a senior teacher in 2000.
Since 2004/2005 academic year she is a senior teacher of the Department “Banking and Money Turnover” (present “Banking”).
In 2008 she defended her Candidate’s dissertation on “Role of Monetary Policy in Increasing Investment Activity in Condition of the Market Economy”.

F.Sh.Kashiyeva became a Candidate of Economy by the Higher Attestation Commission under the President of the Republic of Azerbaijan in 2009.

She is the author of 23 scientific and methodological works, as well as the methodological facility “Money, credit and banks” (2011) and the monograph “Priority areas for investment operations of Azerbaijan banks” (2013), co-author of the syllabus and methodological guidance on “International Finance” (2010) for the under graduate and graduate students of the higher schools on “Finance” and “World Economy”. She is also the author of scientific works and theses published in Azerbaijan and abroad. F.Kashiyeva conducts classes on “Monetary credit regulation” for graduate students, “Banking”, “Money and Banks”, “International currency and credit relations and foreign monetary and credit system” for under graduate students.

She has been selected scientific secretary of the Defense council in Master’s theses during the department session in 2013/2014 academic year.

In 2012/ 2013 academic year she established the scientific association “Young Bankers” under the department of “Banking” with the Student Scientific Society of the University of Economics.

F. Kashiyeva periodically leads the preparation and the design of the department’s wall papers. She had prepared the wall paper in connection with the 90th Jubilee of the National Leader Heydar Aliyev’s birthday. She had also held the conference “Young Bankers” devoted to the jubilee by the student scientific association on April 30 2013.

F.Kashiyeva was awarded the name of “Year’s Teacher” on the department for 2012/2013 academic year.