Was born on October 1, 1942 in Aghamammadli village of Imishli region.

In 1967, He graduated from the Azerbaijan Institute of People’s Economy (current Azerbaijan State Economic University) and was kept at the Institute with reference as an excellent and active sociable student.

He worked in the positions of the chairman of Komsomol and Trade Union Committees at the Azerbaijan State Economic University in different years.   From June 27 1994 to March 12, 1998 he was the Director of the Main Prices Office of the Republic; from March 12 to May 30, 1999, he was the Director of the Economic legislation Section of the National Parliament of the Republic of Azerbaijan.

From 2003 to 2005, he directed the mentioned international organization. He is the author of 21 textbooks and trainings aids, monographs on «Pricing » and «Appreciation of the property», as well as fundamental works, more than 350 articles related to politology.

He has been the Director of the “Price and appreciation” Department of ASEU since 2008. He is the member of the Scientific Methodical and Defence Councils. He is the editor-in-chief of the «Property and economy» journal. He is the author of 23 textbooks and training aids, monographs, more than 350 articles.

A Patriotic Event held at UNEC under the motto “April Battles are our Glorious Victory” (28.12.2017) 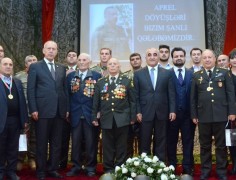 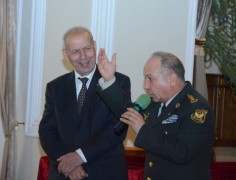 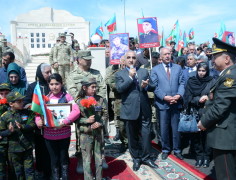 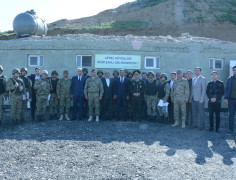