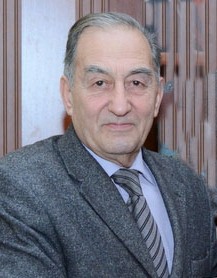 After completing the 8th form of the secondary school, Kerimli entered the Goychay Technical School of Agriculture in 1961. He started labor activity in Goychay motor depot still studying in the technical school in 1963.

He got higher education at Azerbaijan Institute of National Economy (current Azerbaijan State University of Economics). He was provided with a job at the institute for the contributions made to the scientific and socio- political life of the university and best results in his study in 1971. Firstly, he worked as a laboratory assistant, then a senior laboratory assistant and in addition, he entered the post- graduation of the institute. After completing the post- graduation he was sent as a senior lecturer to the Department of “Political Economy” at the Azerbaijan State Institute of Foreign Languages.

In 1979, he defended the Candidate’s paper in the specialized Scientific Council of the Institute of Economics of Azerbaijan AS.

Afterwards, he worked on the Doctoral thesis. As the problem was complex and multi-character, he was sent to Ukraine. He studied in the Doctorate of Kiev University and continued his research and completed thesis.

He is the author of about 100 scientific articles, some monographs, textbooks and teaching aids. 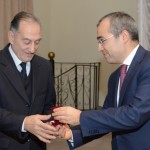 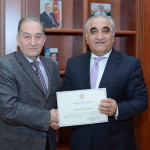 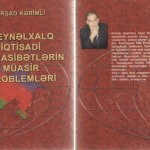 He is Doctor of Economic Sciences, Professor. He is a senior research fellow at the Foreign Economic Relations Department of the Institute of Economics at the Azerbaijan National Academy of Sciences, a member of the specialized defense council of that institute. From October, 2015 he heads the newly established department of “International Economics” of the University of Economics.

On the occasion of the 85th anniversary of University of Economics, he was rewarded with a badge “Advanced Education Worker” for his activities in the field of education, the successful integration of world standards and world science, as well as the upbringing of the young generation educated at the university who embodies the Homeland, the nation, the state.