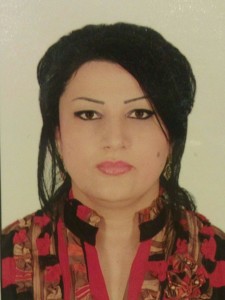 She was a member of the Faculty Scientific Council from 1999-2006  while she was studying at the university.

In 2002-2006  she was a laboratory assistant at the department of  “Economics and Management of the Social Sphere” of the Azerbaijan State  University of Economics and in 2006 she was a lecturer of the same university .

She was awarded the first place at the scientific conference “World economy and new information technologies in the context of globalization” at Azerbaijan State   University   of Economics.

In 2000 she was awarded with decree of Thank by the president of the Azerbaijani Cultural Association “Simurq” because of the difference in social work and education at the university, with diploma by the Chairman of the National Council of Youth Organizations of the Republic of Azerbaijan on March 29, 2002, in 2002 -2004, she was awarded the Honorary Decree and Thank by the leadership of Azerbaijan State University of Economics.

She was awarded the Diploma of the Azerbaijan State   University of    Economics , Scientific and Practical Conference on “Assessment of Real Estate Market and National Standards”, held by Assessment Soviet of CIS on November 11, 2003, Baku.

She was awarded the certificates by making speeches on the behalf of UNEC on November 22, 2008 at II and 19 December 2009 at the III Republican Scientific and Practical Conferences at the Azerbaijan Tourism Institute of the Ministry of Culture and Tourism of the Azerbaijan Republic.

She made a speech on 25-27 May 2016 at the 3rd International Symposium on Turkic World Studies.

She delivered a speech at the Republican Scientific and Practical Conference “Problems of Effective Governance in Modern Times” organized by the State Tourism Agency of Azerbaijan on November 30, 2018.

She is the author of 14 scientific articles. She participated in the development of 12 subject programs with a team of authors.

She is married,  has three children. 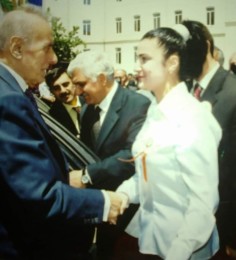