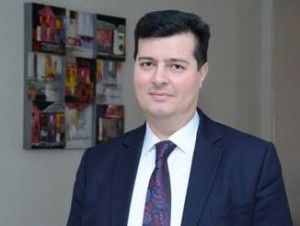 In the years of 2000-2003 he studied in post- graduation of the University of Economics. He has been serving as a teaching staff of the Department of “Economy and Management of Social Sphere” of Azerbaijan State University of Economics since 2000. He is appointed a Director of the Part-time Education Department of the Distance, Part-time and Further Education Center of UNEC in 2017.

He was awarded a certificate by the World Tourism Organization in the seminar on “Tourism Marketing and Advertising Techniques in Tourism” on April 16-17, 2007. He made a speech on “Development Perspectives of International Cooperation in the field of Tourism in Azerbaijan” within the International Scientific-practical Conference on “The Role of Tourism in Economic Growth of the Islamic Conference member Countries” held on 21-22 June, 2007 and awarded a certificate.

He participated in the process of the Development of Tourism Professional Standards within the Project “Reforms Strategy on Vocational Education and Training and Pilot Execution in selected Azerbaijani region” funded by the European Union on April 29 2009.

He is the author of 14 scientific articles; participated as a co-author of 15 subject programs.

He is married; has two children.

UNEC students’ mission – Formation of the international image of the capital UNEC (13.03.2018)
UNEC will benefit from the IZU experience in the field of additional education (28.02.2018)

The young teachers of UNEC talked about the Khojaly genocide in Turkey (22.02.2018)
UNEC Students will get training in Caucasus Tufandagh Mountain Resort Hotel (20.12.2016)