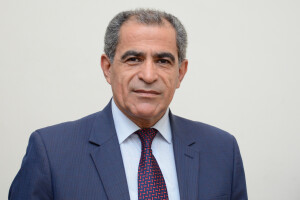 In 1978 he entered the Faculty of “Accounting” of Azerbaijan Institute of the National Economy. He graduated from the institute in 1985.

He began his activity as a worker at the building construction №2 in Baku in 1978 and then continued as an engineer, senior engineer, Head of the Department, Deputy Director on Economic issues until 1993.

Within 1993-1998 he was a Branch Director of the specialized construction of the Industrial Investment Bank. In the years of 1998-2001 he served as A Head of Money Turnover and Credit Sector at Azerbaijan Union of Economists.

Since 2001 M.M.Baghorov is a Professor of the Department “Banking” of ASUE. Currently he serves as a Deputy Dean of the Faculty of Finance.

He is married, has got 3 children.