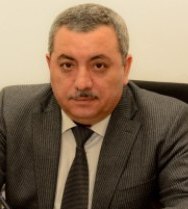 He get the Honor’s Certificate of the Ministry of Education in 1997.
Mr.Bayramovwas awarded with “Gold Pen” reward in 2003.

Currently, he works as the vice-rector in charge of science and information technologies issues of ASEU.

Mr.Bayramov is the author of more than 200 scientific works, articles, monographs, textbooks and manuals.