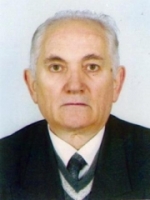 He finished the secondary school (1948-1958) and studied at Baku Trade and Culinary Apprenticeship School (September-1958 – March-1960), mastered to the specialty of 7th degree confectioner specialty and worked in the position of master confectioner in Shaki Food Plant (April 1960-November 1961). He served in the ranks of army (November 1961, August 1964), graduated from Azerbaijan Institute of National Economy named after D.Bunyadzade with honors diploma on the specialty of «Commodity research of food products and organization of trade» in 1968.

He parted with production and studied at post-graduate study on the specialty of «Commodity research of food products», defended candidate dissertation on the subject of «Learning of commodity research characteristics of saffron grew in Azerbaijan» on January, 1973. He is in scientific and pedagogical activity from 1971. He works in the position of associate professor from 1978 and as professor from 2001.

He was awarded the title of “Veteran of labour” in 1992. He was given honorary title of “Honored teacher” on June, 2002. He is the member of Azerbaijan Union of Journalists and Azerbaijan Writers’ Union. Now, he is the director of the department of ASEU “Commodity research and examination of food products”. He is the counselor of «Azersun Holding» from 2003. He was awarded the “Golden Pen” Media Award on June 12, 2010.

He has two sons and five grandchildren.

He published scientific works more than 325, which total volume was more than 1150 print sheet, also published 10 textbooks, 15 training aids, 38 books and monographs, educational-methodical aids more than 40 and also program during period of scientific and pedagogical activity more than 45 years. His 72 articles were published about food products in 10 volumes «Azerbaijan Soviet Encyclopedia». Books more than 60, which author is A.I.Ahmadov, are kept in the Republic Library named after M.F.Akhundov. 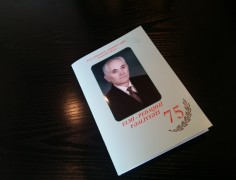 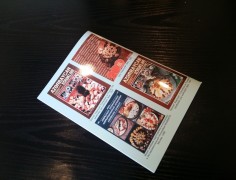 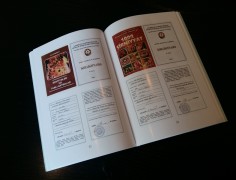