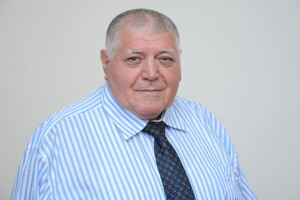 In 1962-1967 he studied at   Azerbaijan Polytechnic Institute (now   Azerbaijan Technical University) and became a mechanical engineer. After graduating from the institute, he started working as a young specialist at the department of Mechanical Engineering Technology. In 1969-1971 he worked as an assistant at the department of “Textiles and food industry machines” of AMU.

In 1970-1973 he studied at   Moscow Institute of Light Industry Technology.

In 1973 he defended his dissertation in Moscow.

In 1973-1979 he worked as an assistant and senior lecturer at the “Textiles and food industry machines” department of AMU.

From 1979 he worked as the head of the department at  Azerbaijan Institute of Technology, and from 1984 he also worked as the vice-rector.

In 1990, he defended his doctoral dissertation at   St. Petersburg State University of Design and Technology and received the title of Doctor of Technical Sciences. From 1991 to 2000 he worked as the head of the “Technological machines and field equipment” department of the University of Economics.

In 1984-1991 he has been the   member of the Teaching Methodological Council of the USSR Ministry of Public Education.

In 1993-2008, he was a member of the Expert Council on Technical Sciences under the President of the Republic of Azerbaijan and chairman of the “Light and Industry” department.

He is the author of more than 150 scientific-methodical articles published in the republic and abroad, including 8 textbooks, 4 textbooks, 3 methodical instructions, 20 subject programs, 8 patents.

He is married, has a daughter, two sons and three grandchildren.