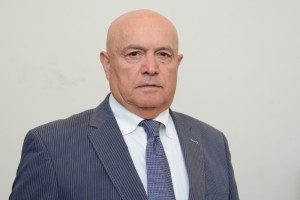 Head of the Department of “Management”, Dr. of Econ., Prof. Shahbazov Kamil Aghazaman

He studied at Azerbaijan Institute of National Economy named after D.Bunyadzada in Economy of Labor within 1967-1971. He received the Candidacy in 1977 and the scientific degree of a Doctor of Economy in 1994. In 1984, he became an Assistant Professor and in 2007 a Professor. He is the author of more than 90 scientific works, including monographs, textbooks and facilities. He has led more than 20 post- graduate students.

A Teleconference held between UNEC and the Plekhanov Russian Economic University (18.05.2017)
“Meeting with UNEC Professors is useful for Schoolchildren”
(24.04.2017)
UNEC’s Scholar speaks about the Management System of the University of Economics in the Conference (25.11.2016)
UNEC Professors have made Speeches in the International Conference  (14.04.2016)