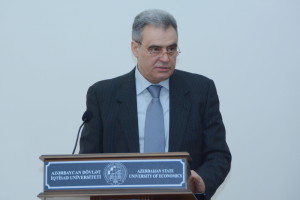 Rovshan Guliyev was born on February 14 1957 in Aghdam city.

He started the secondary education in Aghdam city School 1 in 1963. He continued his education in Baku city school 1990 beginning from 1964 and finished the same school in 1978.

In the year of 1973 he entered the School of Mechanics and Mathematics of Azerbaijan State University and graduated from 1978 with honors.

In 1978 he was appointed to the Institute of Cybernetics of the AS of Azerbaijan SSR. He was sent to the Calculation Center of AS of USSR the same year. He entered the post graduation of the center in 1980 and defended his Candidate’s paper in 1984 and became the Candidate of Physical and Mathematical and Sciences.

He defended a Doctor’s Thesis at the same institute in 2005. He is a Doctor of Economic Sciences. 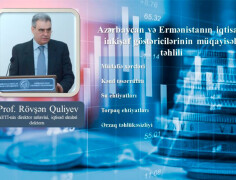 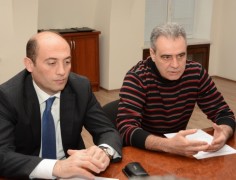 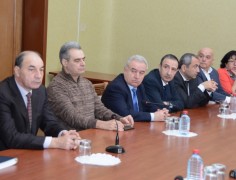 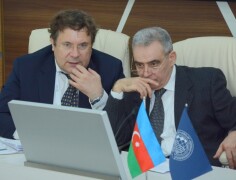 Ways to Mitigate the Negative Effects of the Processes occurring in the World Economy were discussed at UNEC (29.01.2016)