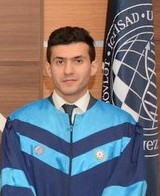 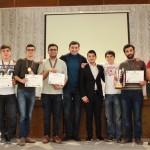 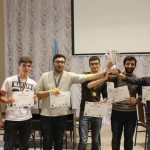 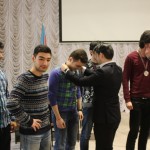 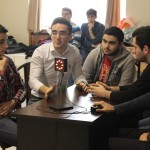 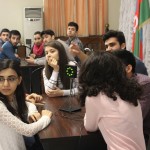 Information about the Public Association “Scientific Union of Economist Students”

The Public Association “Scientific Union of Economists Students” is established by UNEC Scientific Council’s decision on September 18 2015 and has been officially registered by the Ministry of Justice of the Republic of Azerbaijan on December 28 2015. The branches of the Public Union were established at the Academy of State Customs Committee, National Aviation Academy and State Agrarian University. The association is the unity established with the initiative of some individuals, voluntary, self-governing and not-for-profit that does not intend to make a profit and share its profit among the members, acting on a permanent basis founded in accordance with the Law of the Republic of Azerbaijan about the Non-government Organizations. The co- establisher and first Chairperson of the association was Hidayat Kerimov.

Since its inception, the organization has organized and partnered more than 50 projects. Among those projects which had the largest audience, are: Young Banker School (1st and 2nd), Friendship Cup, HR School, Economist Expert, Youth Career Forum, UNEC League Intelligent Championship. The number of young people benefiting from the project exceeded 5,000. Conducted 567 trainings and seminars and successfully completed the Youth Career Forum-2016 in Azerbaijan for the first time. In general, the number of young people taking advantage of the measures has exceeded 10 thousand (Results of the 2016/2017 REPORT)

THE ASSOCIATION’S GOALS AND OBJECTIVES

The main goal of the Association is to contribute in increasing students’ knowledge and to support their scientific investigations.

The Association performs the following functions to achieve its objectives:

To carry out the envisaged tasks, the Association:

The Association provides the registration of its members within 30 days after being registered by the state authorities.

The Structure of the Public Association “Scientific Union of Economist Students”:

Department of General and Administrational Affairs:

The Department on the Affairs with Non- government Organizations and Educational Institutions: