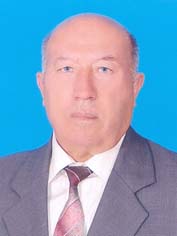 In 1965-1968, he studied at the graduate school at the State All-Union Research Institute of Repair and Operation of the Machine-Tractor Park in Moscow, where he successfully graduated and received the degree of Candidate of Technical Sciences.

In March 1968, he was sent to the All-Union Scientific Research Institute of Machinery and Equipment of Livestock and Poultry Farms and Complexes in Minsk on the basis of the All-Union division, where he worked until March 1980.

In 1972-1980 he worked as the Chief Technologist for the assembly and installation of machinery and equipment of agricultural facilities of the USSR State Committee for Agricultural Technology. During this period, he completed his doctoral dissertation and received the academic title of a doctor in technical sciences.

He was invited to Azerbaijan in 1980-1981 and worked as the director of “Azerkendtekhlayihe” Institute.

From January 1982 to January 1986 he was the head of the department, deputy head of the department of agriculture and food industry of the Central Committee of the Communist Party of Azerbaijan. In 1986-1987 he was the deputy chairman of the State Agrarian-Industrial Committee of the Azerbaijan SSR, 1988-1990 In 1991-1992 he worked as the first secretary of the Yevlakh city committee of the Azerbaijan Communist Party, in 1991-1992 he worked as the deputy director of the Electro mechanization Trust of the Agrarian-Industrial Committee.

He is the author of more than 240 scientific works, including 5 inventions, 7 monographs, 4 state and field standards, 12 textbooks and teaching aids, 10 methodical instructions, 19 curricula, 51 scientific-industrial books, albums and brochures. He is the author of many scientific articles. 154 of these works were published in Moscow and Minsk, and the rest in Baku.

He has been a full  member  of  International Academy of Turkic World Studies since 2010.