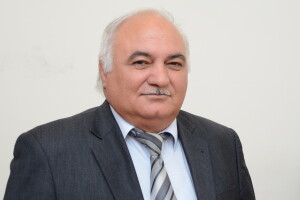 He was born on February 24, 1962 in Alijanli village of Zardab region.

In 1982, he was sent to the preparatory faculty of the Tashkent Institute of Textile and Light Industry named after Y. Akhunbabayev to study at the Azerbaijan Polytechnic Institute named after Ch. Ildrim by taking an out-of-competition exam. He was admitted to the same institute in 1983, and graduated from the same institute in 1988 with a degree in mechanical engineering.

In 1988, he was appointed by the Ministry of Education of Azerbaijan to work as a laboratory assistant in the research department of the Azerbaijan Institute of Technology. Three years later, he was sent to the Tashkent Institute of Textile and Light Industry by the Ministry of Education of Azerbaijan. In September 1994, he successfully defended his dissertation on “Study of the processes of formation of cross-wrapped packages in order to create an effective method of control over their structures” and was awarded the degree of Candidate of Technical Sciences.

In 1994-1998 he worked as a part-time teacher at the “Occupational Safety” department of the Azerbaijan Institute of Technology.

In September 2010, he successfully defended his doctoral dissertation on “Development of methods and tools to control the structure and properties of textile packaging” in the specialty 05.19.01 – “Materials Science of Textile and Light Industry” and was awarded the degree of Doctor of Technical Sciences.

He is currently a professor at the Department of Standardization and Certification of UNEC.

He is the author of 112 scientific works, including 1 invention, 2 monographs, 6 patents, 3 textbooks, 17 curricula, 83 scientific articles. Most of his articles were published in Ivanovo, Kostroma, Tambov, Vologda, Tashkent, Tbilisi and Baku. The results of scientific research were applied in Ganja, Azerbaijan and Kostroma, Russia.

By the Order of the President of the Republic of Azerbaijan dated September 24, 2020, he was awarded  “Taraggi” medal on the occasion of the 90th anniversary of Azerbaijan State University of Economics and for his services to the development of education in Azerbaijan. 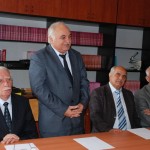 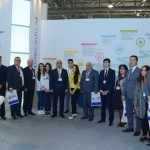