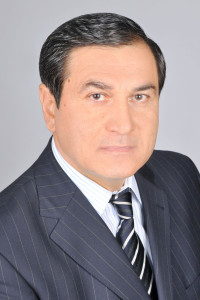 In 1973 he was graduated from the Azerbaijan Agricultural Academy and the Baku Commodity-Commercial Institute with honors.

Beginning from 1981 he started to work at the Azerbaijan Technological University and was elected as an Associate Professor in 1988, where he became a Deputy Dean from 1989. In the years of 1991-2000 he served as a Dean of the Faculty “Technology of food products.”

In 1982, for the wide application of his invention he was awarded the badge “Inventor of the USSR” and a monetary reward. In 1986 he was awarded the Honorary Charter of the Ministry of Higher Education of Azerbaijan. In 1986, at the Moscow Technological Institute of the Food Industry, and in 1998 in India, he has successfully accomplished refresher courses in the field of “Entrepreneurship and small business development”.

In 2009 by defending his doctoral dissertation, he received a Doctor’s degree in Engineering Sciences, and in2014he was awarded the title of Professor.

2011-2017 he was a member of the Expert Council on Engineering Sciences of the Higher Attestation Commission under the President of the Republic of Azerbaijan.

Saidov is the author of more than 96 scientific works, including 7 textbooks, 1 monograph, 4 inventions, 1 recommendation, 20 methodical instructions. His works are published in Russia, Norway, Spain, Uzbekistan, Turkey, Georgia, Iran and Belarus. He regularly holds speeches at All-Union and international conferences.

Since 2017, he is an active member of the Scientific Council at the Faculty “Commodity Research”.