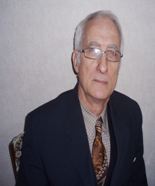 Associate Professor Afandiyev Emin Musa was born on January 31, 1943 in Baku in the family of intellectual. In 1965 he graduated from the mechanical engineering faculty of   Azerbaijan Polytechnic Institute and got a degree in mechanical engineering. After military service, he worked at  “Bakelektroshtamp” plant and  “Neftemash” design office. He began his career at   Azerbaijan Polytechnic Institute in 1969, and after completing his postgraduate study at the same institution in 1975 he defended his thesis and received a PhD in technical sciences.

From 1976 to 1977 he held a 10-month scientific specialization at the Institute of Oil and Gas in Romania. In 1978-1980 he worked as the head of Scientific Research Department at Azerbaijan Polytechnic Institute.

Since 1980 he has been working as an assistant professor in the department “Technology of mechanical engineering” and then “Metrology and standardization” of Azerbaijan Technical University. He has been working as an Associate Professor at the department of “Standardization and Certification” since 2004 at Azerbaijan State University of Economics. 2006-2009 – Chairman of the State Certification Commission at Azerbaijan State Oil Academy.

Associate Professor Afandiyev   is the author of 90 scientific publications, including 1 textbook, 5 textbooks, 4 monographs, 2 inventions, 15 training programs and 63 scientific articles. His first article was published in the ISO journal  in Geneva, the rest in Moscow, Samara and Baku.

In 2006, he was awarded the Certificate of Zygon Caspian Consulting by implementing a quality management system and internal audit training program based on ISO 9001-2000.

In 2010, he participated in a seminar organized by the Metrological Society of the Council of Europe in conjunction with the State Committee for Standardization, Metrology and Patent of the Republic of Azerbaijan and received a Certificate of attendance.

On the occasion of October 5 – the International Teachers’ Day in 2017 he was awarded an honorary decree   by the Order No. K-560/1 of the Ministry of Education of the Republic of Azerbaijan   for his contribution to the development of education, outstanding achievements in the education of the younger generation.

Assoc. Prof. Afandiyev  is currently working at the department of “Standardization and Certification”.

He is married and has two children and two grandchildren.