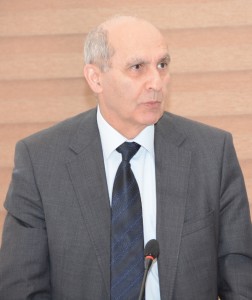 Aydin FridunHuseynov was born in the family of engineers in 1945 in Baku city.

After finishing school №160 with silver medal in 1962, he continued his education in Moscow. He graduated from Moscow Institute of Physics and Technology, the department of aero physics and applied mathematics in 1968. He worked at the Institute of Cybernetics of the National Academy of Sciences of Azerbaijan and then entered to the post-graduate degree of the Moscow Institute of Energetics. In 1974, Mr.Huseynov earned title of candidate of technical sciences. His dissertation topic was “Cybernetic modeling of energy systems”. Afterwards he engaged with scientific-research works at several research institutes – Energetics Institute, Scientific Research Accounting Centre of ASU, the South Branch of Scientific-Research Geophysics Institute of Soviet Union as junior scientific worker, senior scientific worker, head of laboratory, head of department and director of the Centre accordingly.

He began teaching at the chair of Applied Mathematics of ASU in 1980 and then selected to the Azerbaijan Institute of National Economics, current Azerbaijan State Economic University, the chair of Economic Information and AIS in 1984. In 1990, he became an associate professor and in 1988-1990 he headed this chair.

Along with the main working place at UNEC, since establishment of private Khazar University in 1992, he has been cooperating with this University and teaching computer courses in English.

In 1994-1996 (according to agreement) he was invited to the chair of mathematics of Tabriz University (Iran) as an associate professor. He had taught students the course of dynamic programming application to the students of master degree, conducted scientific-research and graduate training works. The results of his research were delivered to the several scientific conferences. According to the grant achieved in 1996-97, he had conducted research work within 9 months as professor at the Middle East Technical University in Ankara (Turkey) and taught to senior students. He was invited to the private Girn American University (the Northern Cyprus) in 1999-2001 and had worked as professor at that university. During 2001-2005 he had been working as professor in computer sciences chair of the private Bashkent University in Ankara. 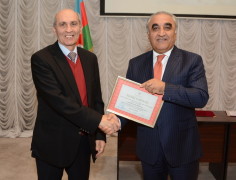 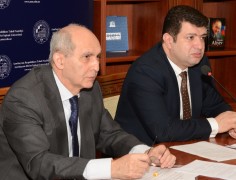 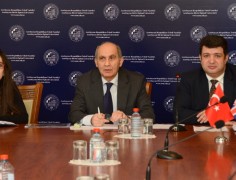 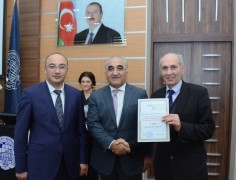 After returning to Azerbaijan he continued working at “Computer science” chair of the UNEC in 2005 and along with this cooperated with Qafqaz University. Since 2008 he has been the expert of European Union monitoring programs in Azerbaijan and conducted the estimation of more than 30 European programs. For conducting joint research on alternative energy resources, he was invited by Magdeburg University in 2009 and worked there. After finishing educational carrier in 2010, he started working as the director of “ICT and Innovation Economics” at the Scientific-research Institute of Economic Studies in UNEC.

As the continuation of works on the innovative development of the Republic of Azerbaijan, with the support of the rector of UNEC, A.C.Muradov, he was appointed director to the first and newly established Technology Transfer Centre.

The project of UNEC scientists became the winner of grant competition (08.11.2017)