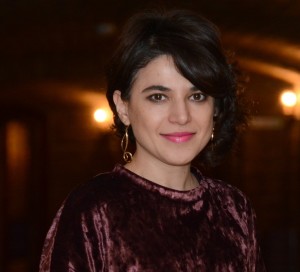 After finishing secondary school   number 129 in Baku in 2000 with honors, the same year   she entered the faculty of library science and information of Baku State University. In 2004, she graduated from a bachelor’s degree and a master’s degree in 2006 with honors.

From 2008 to 2012, she was a doctoral student of the Central Scientific Library of the Azerbaijan National Academy of Sciences. In 2017, at the Institute of Manuscripts named after M. Fuzuli she defended her dissertation on the theme: “The participation of libraries in the formation of information culture in society” at the one-time Dissertation Council   in the specialty 3356.01 – “Library science, bibliography and book studies”. According to the decision of the Higher Attestation Commission under the President of the Republic of Azerbaijan dated November 17, 2017 (Minutes No. 29-K), he received a PhD in History.

In addition to continuing her education, she has   worked   as a librarian, senior librarian, head of the department at the Azerbaijan National Library named after M. F. Akhundov in 2006 and head of the Department of Methodology of Libraries in 2011-2019.

Since May 2019, she has been the Director of the Library Information Center of Azerbaijan State  University   of Economics (UNEC).