Aslan Azimzade was born in Baku in 1998. He entered the lyceum 220 named after A.Mahmudov in 2004. He became a member of the Public Association “Ireli” in the lyceum. A.Azimzade participated in the I Forum of Leadership of Azerbaijan Youth in 2012. He was elected a Board member of Azerbaijan-Kazakhstan Friendship Society named after Heydar Aliyev in 2014 and still remains a member. The same year, he attended the international trainings held in the cities of Moscow, Vladimir, Suzdal and Saint-Petersburg of Russia and was awarded certificates.

He achieved the second place in the plenary session of the student-scientific conference on “Economic Development in Condition of Tensions rise” making a speech on “Main Factors of Economic Growth in Azerbaijan” on December 21 2015. He was rewarded by UNEC Rector, Professor Adalat Muradov for active participation within UNEC’s 85th Jubilee.

He was awarded an honorary diploma of “Ideal Citizen” by the journal “ideal Citizen”. His interviews were published on the newspapers “Azerbaijan”, “Aзербайджанская известия” and “Бакинский Рабочий” in 2016. He took the I place in the Student Scientific Conference held by the Faculty of IER on the occasion of the 93rd anniversary of the National Ledaer Heydar Aliyev’s birthday making a speech on “Regional and National Development: in the context of the Formation of Euroasian Economic Union”. In May of the same year he took part in the conference of the World Trade Organization Baku Model.

His articles have been placed on Diskurs.az of UNEC. He was awarded a certificate of the scientific articles contest held at UNEC within the “Science Month”. In November of 2016 A.Azimzade was awarded an Honorary Diploma and the award the Year’s Chairman for his social performances by the Student Trade Union of UNEC. He attended a Student Scientific Conference of the Russian School of Economics and the Faculty of Economics in 2017. He also acted as a Chairmen of the II section in the Student Scientific Conference of the Faculty of Economics. In May 2017, he attended the international conference on “Международный форум Победителей “Великая Победа, добытая единством: мужество фронта – стойкость тыла” held in Astana, Kazakhstan. He was awarded Honorary Diplomas by the Honorary Diplomas by the Embassies of Kirgizstan and Russia. 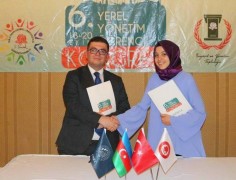 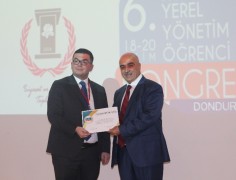 *
The chairman of the Student Scientific Society in the program “About the education” (29.12.2017)