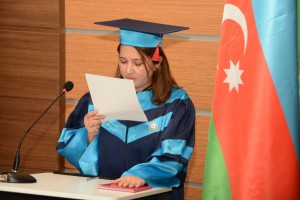 In 1984-1989 she studied at the Faculty of Journalism of   Baku State University (translator group).

In 1989 -1996 she worked as an interpreter on the Russian-Azerbaijani languages   at the National Bank of Azerbaijan.

Since 1997 she has been working at the Azerbaijan language department of Azerbaijan State University of Economics.

She is a post-graduate student of   the Institute of Linguistics named after I.Nasimi   of ANAS and is on the eve of  thesis defense to get a PhD in Philology.

G.A.Zeynalova is the author of 15 scientific articles on the study of Azerbaijani linguistics.