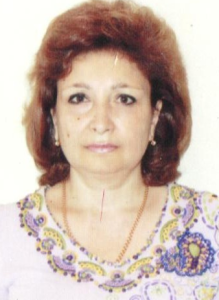 Mehdiyeva Irada Sherafeddin kizi was born on September 1 1961 in Ganja.

Within 1968-1978 she studied at the secondary school 178 of Narimanov district of Baku.

In 1978 she entered the Institute of the National Economy of Azerbaijan (present Azerbaijan State University of Economics) and graduated from with honors.

In 1988 Mehdiyeva completed the post- graduation and defended her Candidate’s paper at the Financial and Economic Institute of Leningrad named after L.I.Voznesenski in the city of Saint. Petersburg.

She is an Associated Professor of the Department “Price” since 2000.

Mehdiyeva is the author of more than 30 scientific works: curriculum, methodological instructions, training aids and articles.