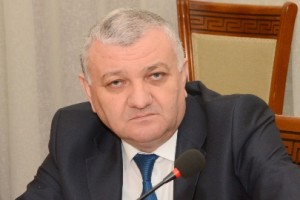 He was born on July 23, 1962 in Chaparli village of Shamkir region. In 1985 he graduated from the “Mechanical Engineering” faculty of Azerbaijan Polytechnic Institute,   and worked as an engineer-technologist at the Azerelectrotherm Production Association until 1990.

He was a graduate student of  Azerbaijan Technical University in 1990-1992. He defended his thesis in 1992 and got a candidate degree in technical sciences. In 1992-2000 he worked as a senior lecturer and associate professor of the department of “Metrology and Standardization” of Azerbaijan Technical University. Since 2000 he has been working as an Associate Professor at the Department of “Standardization and Certification” of   Azerbaijan State  University of Economics. He was awarded the Honorary Order of the Ministry of Education of the Republic of Azerbaijan in 2018 for his efficient work on training highly qualified personnel.

He was awarded with the award of “Golden Pen” and “the Scholar of the Year”   in 2019 with the decision of  the union of Azerbaijan Mass Media Workers.

Since 2011 he has been working as a head of the department of “Standardization and Certification” of Azerbaijan State  University of Economics.

He is a doctor of technical sciences, professor.

He is the author of 200 scientific – methodical works, including 9 textbooks, 4 manuals, 2 monographs, 1 invention, 28 programs and 8 methodical instructions.

The UNEC staff celebrated the Novruz holiday with the children with Down syndrome (16.03.2018)
A Scientific-practical Workshop dedicated to the International Standardization Day at UNEC  (18.10.2016)
First Model Class have been conducted at UNEC  (15.01.2016)