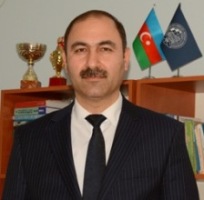 Acting Dean of the Faculty of Business and Management – Can. of Econ., Assoc.Prof. Ahmadov Miragha Maharram

In 1991-1996, he graduated from Baku State Institute of Commodity Research and Commerce with honorable diploma.

In 1993-1996 and became a Chairman of the Institute’s Students Trade Union.

In 2007, he successfully defended a dissertation at Azerbaijan State Economic University and received a degree of the Candidate of Economy.

Since 2010, he has worked as an Associate Professor at Azerbaijan State Economic University’s “Marketing” chair. Since 2012, he is a nominee doctor at the Institute of Economy of ANAS.

In 2004-2014, he worked as a Deputy Dean of the “Technology and Design” faculty. Since 2014, he became a Dean of Azerbaijan State Economic University’s «Commerce” faculty.

Currently he is an acting Dean of the Faculty of Business and Management.

He participated in the International Leadership Program (Administration in Higher Education) by the US State Department in 2015 and awarded a certificate.

He is the author of more than 50 scientific works, as well as monograph, teaching facility, methodological instruction and curriculum. His 9 articles have been published in international magazines.
He is married and has got two children.

The Russian students are interested in studying at UNEC (12.04.2018)
“Logistical support for access to foreign market: the targets of the strategic road map” (08.11.2017)
UNEC Scientists at the International Scientific Conference (29.06.2017)
Development of Small and Medium- sized Enterprise will improve Citizens’ Welfare (25.01.2017)
UNEC’s Scholar speaks about the Management System of the University of Economics in the Conference (25.11.2016)
Acting Dean of the School of Business and Management is presented to Employees (22.07.2016)
UNEC employees celebrated Ramazan Holiday on the front line  (11.07.2016) 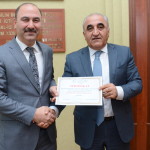 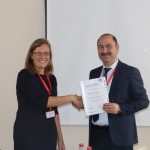 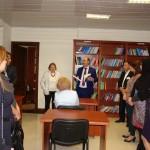 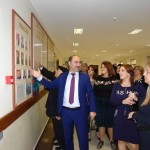 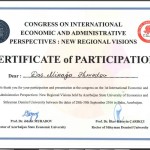 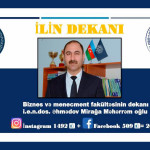