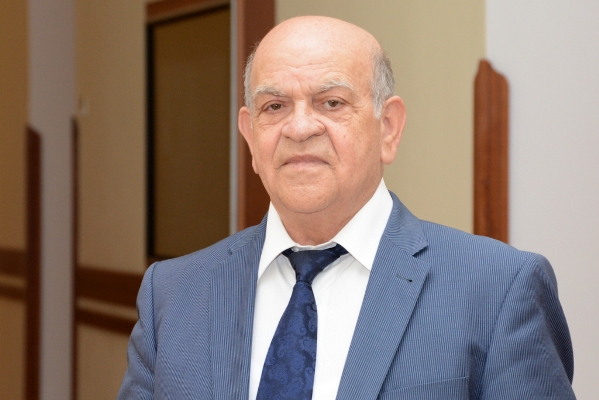 He was born on 24 June 1947 in Kohne Khudat village of Khachmaz district of the Azerbaijan SSR. After graduating secondary school in Khudat town, he was admitted to the Faculty of Mechanics and Mathematics of Azerbaijan State University. He graduated from the University in 1969, received a qualification “specialist in mechanics” and sent for post graduate study. In 1970, he was admitted to post graduate study at Azerbaijan State Oil and Chemistry Institute.

He completed the post graduate study by submitting the dissertation in 1973 and was retained as an assistant in the department of “Theoretical Mechanics”.

In 1975, he defended a dissertation on “heating and hydrodynamic research of an independent movement of bi-liquid systems in oil and gas extraction” at the Scientific Council of Azerbaijan State Oil and Chemistry Institute to receive a degree of the candidate of technical sciences

Until 2000, he worked as an assistant, senior lecturer, and associate professor at Azerbaijan State Oil Academy. Sent by Oil Academy, he worked as a teacher of mathematics in Adapazari town of Sakarya region in Turkey in 1993-1996. He made presentations at all-union and international scientific conferences in Kiev, Suzdal, Ufa, and Baku. He is an author of 33 scientific articles and 2 inventions.

Since 2000, he has worked as an associate professor at the Chair of “Mathematics” at Azerbaijan State Economic University. At the same time, he has been leading the application of a “multi-score system of students’ knowledge evaluation ” at the University. Since 2007, he worked as a dean of the “Commerce” Faculty, since 2009 and up to now he has worked as a dean of the “Information and Management” Faculty. In 2006, he published a book “Case Studies and Exercises related to Higher Mathematics Course” (in two volumes), which is used as a textbook for Economic University.

In 2007, he published a book “Higher Mathematics Course Lectures”. He was an editor of the book “Oh, Turks, wake up and return to the roots!”, which aimed at justifying that very actual call, as well as the book “Citizen and History”, which focused on young people. Both books were published by his colleague I.Ibrahimov in 2001 and 2005. In 2007, he was awarded with the badge “Advanced employee of the education field of Azerbaijan Republic” due to his pedagogical activity.

He is married, has one child and three grandchildren.