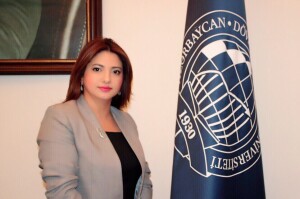 In 1995 she entered the faculty of Law of   Baku State University (full-time) , and in 1999 she graduated from the  bachelor’s degree of the same faculty.

In 2000 she entered the Masters   of   Law faculty of Baku State University and in 2002 graduated from Law with honors.

From September 2004 to February 2015 she worked as a senior laboratory assistant at the Department of “Economic Law” of Azerbaijan State   University of Economics.

She has been working as a lecturer   of the department of “Economic law” on February 2, 2015.

In 2007 she became a candidate for a degree of the department of   “Labor and Ecology Law” of Baku State University and defended her thesis titled “An employee as a person of Labor Law” to receive PhD in Law and got that academic degree.

From 09.09.2020, Mustafayeva Arabia was appointed to the position of Secretary of the Scientific Council of UNEC.

She is the author of 30  scientific articles, 2 educational programs, 1 monograph. Mustafayeva A.A. coauthor of the Commentary to the Labor Code. 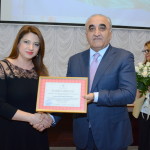 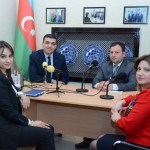 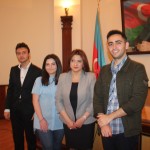