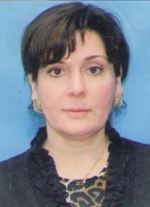 In 1982 she graduated from Azerbaijan Institute of National Economy named after D.Bunyadzade (present UNEC) with a degree in Industrial Accounting.

In 1982-1994 she worked as a senior economist at the Bureau of Normative Research at the State Planning Committee of   Azerbaijan SSR,   in 1993-1995 as a scientific worker at the sociological research laboratory of   Azerbaijan State University of Economics.

On June 03, 2000, she defended her dissertation on the topic: “Improving the accounting of production costs and the reduction of   their   reserves   under the transition to the market economy” at the Specialized Council of BSU; She received her   Candidate Diploma in   14.11.2000.

Since  September, 2017 she has been   assistant professor of “Economy” department of  Russian  School of Economics, the head of the specialty “Accounting and audit”.

In 2012-2016 she worked as an expert on the Civil Service Commission under the President of the Republic of Azerbaijan. In different years she worked as a scientific secretary of teaching-methodical council, FD 02.052 dissertation council.

She is the author of more than 70 scientific works, including 2 textbooks, 2 training aids, 1 monograph. More than 10 articles have been published   abroad.

During her work she received messages of   thanks   for her   scientific-pedagogical activity and active participation in the social life of the university. She was awarded a badge under the title of “Advanced Educator” of the Ministry of Education of the Republic of Azerbaijan.

By the Decree of the President of the Republic of Azerbaijan dated October 4, 2018, she was awarded the “Progress” medal for her contribution to the development of education in Azerbaijan.

Married and has a child. 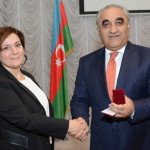 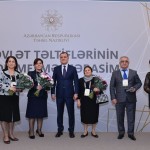 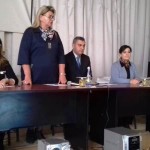