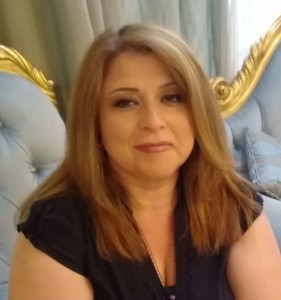 She was born on September 10, 1974 in the village of Kurgaragashli of Salyan region.

In 2002/2013 she worked as an assistant in the department of “Standardization and Certification”.

In 2013-2018 she worked as a senior lecturer at the department of “Standardization and Certification”.

Since 2018 she has been working as an Associate Professor at the Department of “Standardization and Certification”.

In 2007, she entered the candidacy for a degree as a candidate for a a degree  of  ARDN. In 2013, in order to get Doctor of Philosophy in Economics in 5312.01-Field Economics   she defended her dissertation thesis   at D01.181 Dissertation Council at the Institute of Economics of ANAS .

She  is the author of 90 scientific works, including 2 manuscripts, 1 monograph, 1 textbook, 1 manual, 1 abstract, 1 methodical guide, 5 training programs and 78 published scientific articles and thesis.

Along with working at UNEC in 2013/2019 he worked as a senior researcher at the Institute of Economics of ANAS.

She served as a freelance expert in the interviews conducted by the Civil Service Commission in 2014/2017 on the admission of civil servants to the State Committee for Standardization, Metrology and Patents.

Since 2014 she has been working as a scientific secretary of the Defense Council of Master’s theses in “Metrology, Standardization and Certification”.

Since 2014, she has been a reviewer of dozens of PhD doctoral dissertations and an opponent of a PhD student.

In 2010 she was awarded the certificate of the Ministry of Education of the Republic of Azerbaijan for active participation of doctoral students and young researchers at the XIV Republican Scientific Conference. She   has also been involved in dozens of self-development trainings over the years and has been awarded certificates.

In 2019 she was awarded the Honorary Decree of the Rector of ASEU for his distinguished scientific and pedagogical activity.