An Intellectual Rivalry held among the Schools

An intellectual competition “What? Where? When?” has been jointly organized by the Student Trade Organization Committee and the Intellectual Club “Economist” among the faculties of Azerbaijan State University of Economics (UNEC).

22 teams participated in the contest held among UNEC students. “SABAH LEGENDS” won the intense struggle in the end. II place was won by the “LEGENDS OF FINANCE” of the School of Finance and Accounting and III place by “DYNAMIT” of the Russian School of Economics. 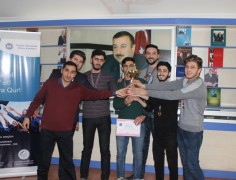 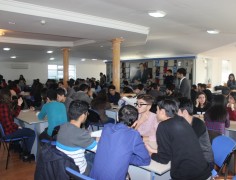