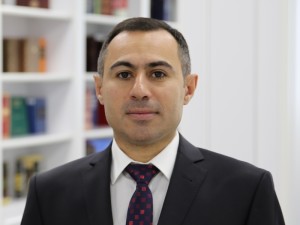 UNEC teacher’s article was published in journal “Bilig”, which is included into  “WEB of Science” database of “Thomson Reuters”.

The author of the article, included into the most famous scientific and analytical information provider   “Thomson Reuters”, entitiled as “The importance of Transcaspian Energy Cooperation for Turkish Republics” is Araz Aslanli, the teacher of Economics and Business chair at UNEC.

We note for information that, the “Bilig” journal is a publication of the International  Ahmet Yesevi University and is registered in the system of  “SSCI” (Social Sciences Citation Index) and Social Science Reference Index.

The article of UNEC teacher can be found through this link: http://bilig.yesevi.edu.tr/yonetim/icerik/makaleler/2095-published.pdf