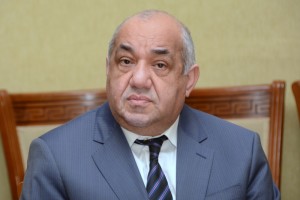 Graduated from the Institute of the National Economy of Azerbaijan named after D. Bunyadzade (present Azerbaijan State University of Economics) in 1973.

Became the Candidate of Economy after defending his thesis at the Institute of National Economy of Azerbaijan in 1987.

In the years of 1975-1979 he served at the Scientific Research Institute of Economics under the State Planning Committee of Azerbaijan.

In September of 1979 he became a teaching staff, Chief of discipline commissions and Head of part- time Department of Baku Financial Credit Technical School.

Within 1990-1992 he served as State inspector, Chief of the Secondary Specialized Education Department of Audit of the Ministry of People’s Education of the Republic of Azerbaijan.

In 1992-1999 he became the Deputy Director on Education of the Financial Economic College of Azerbaijan named after H.Z.Taghiyev.

He is the Director of Azerbaijan Financial Economic College since 1999.