From 19.10.2020, the departments of “Examination of consumer goods”, “Standardization and Certification” and the teaching -methodological laboratories under them were abolished.

The departments of “Expertise of consumer goods”, “Standardization and certification”, “Technology of food products”, “Technological machines and field equipment” and “Physics and chemistry” of the faculty of “Expertise and standardization” were abolished. The faculty of “Engineering”, the department of “Engineering and applied sciences” was established. 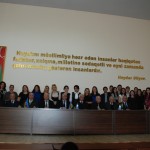 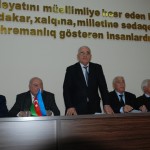 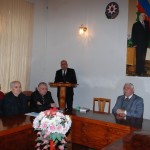 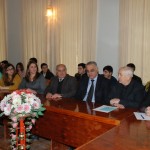 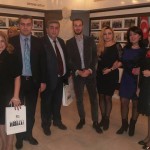 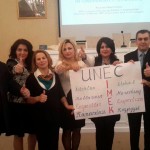 The Conferences devoted to the Great Leader develop Students’ Scientific Potential (05.05.2017)
UNEC Students got acquainted with the Modern Production Technologies
(23.11.2016)
Students of ASUOI and UNEC debated Modern Problems of Azerbaijani Youth (19.11.2016)
The “National Flag Day” celebrated at UNEC (08.11.2016)
Event held UNEC within the “Health Month” (02.11.2016)
A Scientific-practical Workshop dedicated to the International Standardization Day at UNEC (18.10.2016)
A Conference held at the School of Commodity Research: “Consumer Product Safety” (10.05.2016)
UNEC Student will be able to use the laboratories of the Institute of Oil- Chemical Processes  (17.12.2015)

“Commodity science and expertise of food products”. In 1967 it was separated from the department of “Commodity Studies”. Training of specialists in this field began in the 30s.

The department, which has been operating for a long time as ” Commodity Studies of food products”, was later renamed and continued its mission as “Commodity studies and expertise of food products” in new conditions.

The department conducts state-funded research work on the examination of the quality and environmental friendliness of food products produced at two enterprises of Azersun (“Baku Oil and Food Industry LLC, Caucasus Canning Factory). At the same time, students have a commodity-technological internship at “SUN TEA AZERBAIJAN” OJSC. The department is in constant contact with the production. Research work is carried out in connection with the production.

The department carried out research work on “Study of the consumer properties of canned fruits and vegetables, edible oils, cereals and fish products produced in Azerbaijan” dedicated to the problem of “Ways to increase the consumer value of food products offered to the population in Azerbaijan.”

According to the new specialty approved by the Cabinet of Ministers in 2009, the department was merged with the department of “Expertise of consumer goods” and renamed “Commodity science and expertise of non-food products.”

The department had training program on bachelor’s and master’s degree  in 2 specialties: “Commodity science of non-food products” and “Consumer goods quality examination”.

The devices, equipment, as well as visual aids available in the educational laboratories of the department allow conducting lectures and laboratory classes provided for in the curriculum at a satisfactory level.

In order to improve the quality of teaching, the staff of the department has prepared and published dozens of textbooks, teaching aids, programs, and methodical instructions.

The teaching staff of the department involves students of specialized courses in scientific work. Every year, 18-20 students participate in research and publish abstracts of their reports in the conference proceedings. Most of these students continue their education at the master’s level later.

The department closely cooperates with the following organizations and enterprises:

In these organizations, students undergo internships, collect materials for graduation theses, combine theoretical knowledge with practice. Their leading specialists supervise the students we send to the internship by the production.

The department has established close relations with a number of universities of the Commonwealth of Independent States. Among them are the Moscow Academy of Economics named after G.V Plekhanov, Moscow Cooperative University, Moscow Textile University, Tbilisi and Kutaisi State Universities.