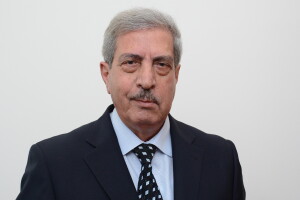 Head of the Department of “Accounting and Audit”, Dr. of Econ., Prof. Sabzaliyev Sifariz Mirzakhan

He was born on November 8, 1945 in Garagoyunlu province of Aghsu region.

He entered the faculty of Economics at Azerbaijan State University named after S.M.Kirov in 1963. After the military service he continued education in the Faculty of Accounting of the Azerbaijan Institute of National Economy named after D.Bunyadzade (current UNEC). He graduated from with honors in Accounting in 1970. He was sent to the Scientific- research Institute of Economy and Administration of Agriculture of Azerbaijan and served here as a research fellow, senior researcher and a Scientific Secretary in different years. He entered the post- graduation of the institute and studied here within 1973-1977; in 1980 he defended a Candidate’s thesis at Moscow State University named after Lomonosov in 1980 and received the title of Candidate of Economic Sciences.

He received the scientific title of a Doctor of Economic Sciences in 2005. He became an Associated Professor in 1990 and a Professor in 2006.

Professor S.M.Sabzaliyev is the member of Scientific Board of the University, Educational-methodical Board of the Ministry of Finance, Presidium of the Republican Chamber of Auditors, member of the US Institute of Auditors, member of editorial staffs of the journals “Finance and accounting”, “Economics and audit”, “Audit”, “Economic sciences: theory and practice”. Currently he is a Deputy Chairman of Defense Council FD.02.052 on Doctorate.

He was awarded the Honorary Decree of the Ministry of Education of the Republic of Azerbaijan for his contribution to the effective organization of education in 1991.

In 2015 he was awarded the badge “Advanced Education Worker of the Republic of Azerbaijan”.

Under the Decree of the President of the Republic of Azerbaijan dated September 26, 2011, he was awarded the honorary title “Honored Teacher” for his contribution to the development of education in Azerbaijan.

By the Order of the President of the Republic of Azerbaijan dated September 24, 2020, he was awarded the 3rd degree “Labor” order on the occasion of the 90th anniversary of  Azerbaijan State University of Economics and for his services to the development of education in Azerbaijan.

Professor S.M.Sabzaliyev mase speeches and reports in the scientific conferences and symposiums held in the cities of Moscow, Saint-Petersburg, Odessa, Tashkent, Tbilisi, Kiev, Kutaisi and Nakhchivan. 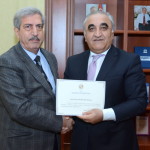 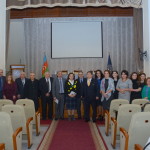 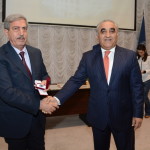 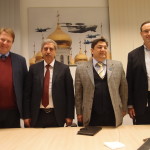 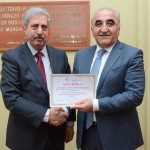 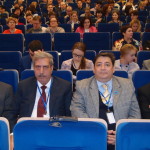