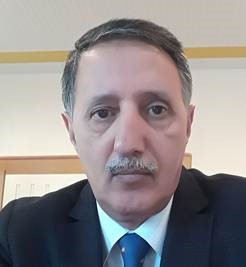 He was born in 1953. He was a student of the chemistry department of Baku State University in 1974-1980. He became a candidate for a degree in the department of Physical and Colloid Chemistry at BSU in 1985-1989, and in 1990 was awarded  a candidate  in Chemistry (PhD in Chemical sciences) and in 2009 Associate Professor in physics and chemistry.

He has been teaching at the Department of Physical and Colloid Chemistry at BSU since 2000.

Investigation of physical-chemical and electro-optical properties of liquid crystal composites;

Investigation of processes occurring at objects that are analogous to biological systems.

He is the author of more than 200 scientific works, including 5 inventions, 20 subject programs for masters and 2 books.