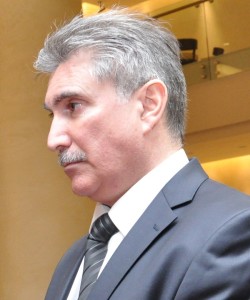 In 1982, he graduated from the account-economic faculty of the Azerbaijan Economic Institute name after D.Bunyadzadeh (Azerbaijan State Economic University).

In 1997-2006, he worked at different positions in the field of science and education; this included working for the Azerbaijan Union of Economists, the Azerbaijan National Academy of Sciences (ANAS), and Institute of Economy. He held positions in several other organizations; manager at the Sector of Structural Changes, chief at the Azerbaijan State Economic University’s Social and Economic Research Laboratory, and also at the Center Scientific Researches; chief in consulting on development issues of regions of Azerbaijan and at the Center of Training of Masters he was deputy chief.

Since 2009-2015 he worked as the chief scientist in macro­economic development and economic increase department of the Economic Institute of Azerbaijan National Academy of Sciences.

Since 2010, he works as Chief Editor of the Journal “Taxes news of Azerbaijan”. 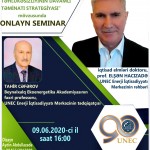 1. In 1998, he defended his master’s dissertation on the theme “Economic reforms and problems of their perfection in oil and gas extraction industry on land”[specialty: 08.00.05 – Economy, planning and organization of management of the national economy and his branches(industry)] and received the degree of the candidate of economics.

2. In 2005, he defended his doctoral dissertation on the theme “Challenges of increase of oil recovery and gas on land of Azerbaijan”[specialty: 08.00.05 – Economy and management of the national economy (economics, the organization and management of complexes, branches and enterprises)] and received the degree of the doctor of economics.

He is the author of 205 proceedings (290,8 p.sh.), including 9 monographs, 1 textbook, 1 study letter, 3 educational programs, 6 methodical grants, about 30 articles on various social themes.

He made reports at the international conferences, congresses and symposia in foreign countries; more than 30 scientific articles have been published in various editions of a number of foreign countries.