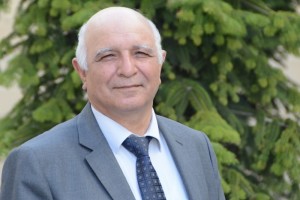 Was born on March 7 1959 in Saatli region of the Republic of Azerbaijan.

Within 1965-1976 he studied at the secondary school. He became the participant and the winner of Republic Olympiads on Mathematics in different years.

He graduated from the School of Applied- mathematics of Azerbaijan State University (present BSU) in 1981.

In the years of 1983-1987 he was the post graduate student of the Institute of Cybernetics of Azerbaijan Academy Sciences.

In 1989 he defended the Candidate’s paper on “Modeling of the Activities of Agricultural Enterprises” and became the Candidate of Economy.

In 2007 he defended the Doctoral thesis on “Problems of Modeling of Socio- economic Development of Azerbaijan” and became Doctor of Economy.

In the years of 1994-2005 served as the Assistant Professor and Head of the Department in Higher Diplomacy College (current University of Eurasia).

In 1998-1999 worked as 0.5 Associate Professor at the Institute of Political Science and Administration under the President of the Republic of Azerbaijan (present State Academy of Administration).

In 2002-2005 he was a scientific advisor of the National Bank of Azerbaijan.

In 1994 served as an Assistant Professor and a Professor of the Department of Optimization and Administration of Baku State University.

He became a local expert of the World Bank in 2000 and Asian Development Bank in 2001.

In the years of 2002-2005 he served as a scientific advisor of the Monetary Policy Department of Azerbaijan Republic Central Bank.

He attended about 20 international seminars, symposiums and conferences.

He is the author of about 143 scientific works, 32 of which published abroad.

According to the Order of the President of the Republic of Azerbaijan dated September 24, 2020, he was awarded the honorary title of “Honored Scientist” on the occasion of the 90th anniversary of Azerbaijan State University of Economics and for his services to the development of education in Azerbaijan.

Presentation of a book “Resource on Scientometrics: Development Indicators of Science and Technologies” has taken place at UNEC (13.06.2017)
The Cooperation between UNEC and the UN Food and Agricultural Organization has been discussed (12.10.2016)
UNEC and the Chinese Academy of Social Studies will cooperate (01.10.2016)
UNEC Scholars’ Articles in EcoMod 2016 International Conference (18.07.2016)
UNEC’s Employees participate in Astana Economic Forum (10.06.2016) 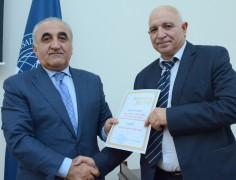 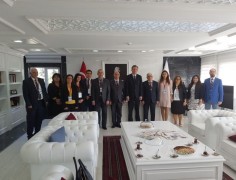 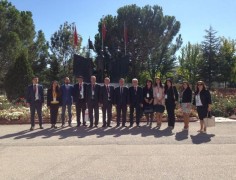