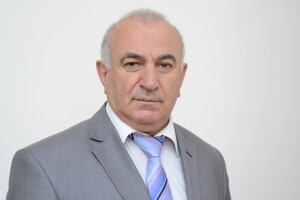 In 1974 graduated from the Azerbaijan Institute of National Economy named after D.Bunyadzadeh, specialty “Political economy”. After the graduation he worked as an economist at the Scientific-Research Institute under the State Planning Committee.

In 1976 he became a full-time post graduate student of the Economic Institute of the Academy of Sciences on “Political Economy”. In 1980-1982, after the post-graduation, he worked as a laboratory assistant at the Department of “Political Economy” of the Azerbaijan State Pedagogical Institute. .

Since 1982 he has been working at the Department of “Economic Theory” of the Azerbaijan Institute of the National Economy (current Azerbaijan State University of Economics) as a senior laboratory assistant, lecturer, senior lecturer, Assistant Professor; currently he is a Professor of the department.

In 1982 he defended his Candidate’s paper on “Political Economy” (present “Economic theory”), in 2003 his Doctor’s dissertation. He is the author of more than 90 scientific articles. In 2004-2007   he became a member of the Expert Council on “Economy and Law” of Higher Attestation Commission under the President of the AzerbaijanRepublic.

In 2009-2014 he worked as a Dean of the Faculty “Commerce”.
Beginning from April, 2014 he is a Director of the Master Center of University of Economics.

By the Order of the President of the Republic of Azerbaijan dated September 24, 2020, he was awarded “Tataggi” medal on the occasion of the 90th anniversary of  Azerbaijan State University of Economics and for his services to the development of education in Azerbaijan. 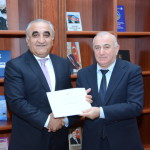 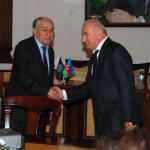 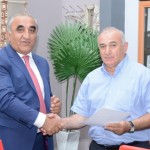 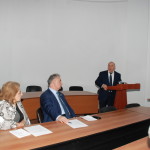 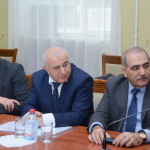 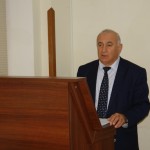