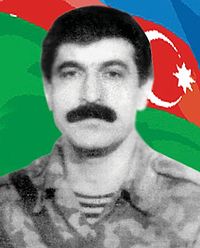 Mirzayev Yusif Ali oghlu was born on May 23 1958 in Boyukduz province of Babek region. He completed the secondary school 1 in 1975. He studied at the Azerbaijan Institute of the National Economy named after D.Bunyadzade (current UNEC).

He joined the People’s Movement in 1988s. In 1991 he went to frontline voluntarily and fought valiantly. He participated in all operations together with his team of 14 fighters; had exclusive services in setting free 17 provinces of Aghdere. He resealed the whole division without losses in one of the battles.

Mirzayev Yusif Ali oghlu was awarded the title of “The National Hero of Azerbaijan” after the death by the Presidential Decree 495 of the Republic of Azerbaijan signed on March 27 1993. He was married, got a child. 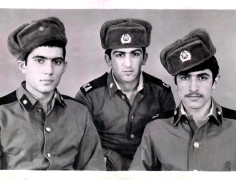 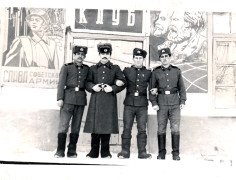 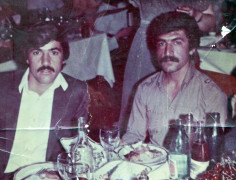 Our National Hero having been martyred while breaking out his fellow soldiers from encirclement (19.02.2018)