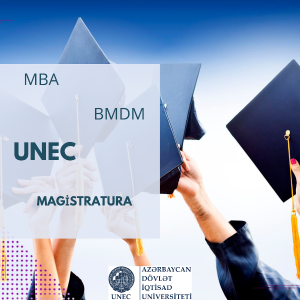 At UNEC, the general plan for admission to the master’s degree this year has been implemented by 99.64 percent in the first phase.

Admission to UNEC Business School (MBA) was 100%, to the Master’s Center (technical and technological specialties) 100%, and to the International Master’s and Doctoral Center (Economics and Management) 98.9%.

The remaining 7 vacancies are on the “Electronic Commerce” major of SABAH Master’s degree, the admission of which has been carried out since this year. 93 masters were admitted instead of the planned 100 people at the first stage.