Tennis Championship held in the Russian School of Economics of UNEC

A tennis championship was organized by the Student Trade Union of the Russian School of Economics and Sports Club of UNEC.

Students competed on two groups. Winners of both groups met in the final. The champion of the championship was the first-year student Omer Azizli. II place was gained by Intizam Humbatzade (I course) and III was Jeyhun Khaligov (II course).

We congratulate the winners! 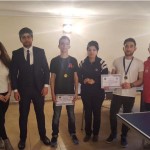 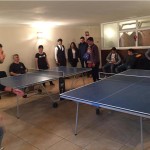 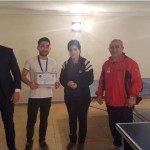